Elon Musk has reinstated Donald Trump’s Twitter account after a poll. However, the former president of the United States does not intend to return, at least for now. However, he will have every interest in doing so, as his account is one of the most followed accounts on the network.

Will Donald Trump return to Twitter? He has a chance today. The new boss of the platform, Elon Musk, indeed reinstated his account after being suspended for nearly two years. It is not yet clear whether the former president will seize the opportunity.

Musk has always expressed that he would like to see the former president return to the social network. While the platform was experiencing a very turbulent period, the billionaire conducted a poll with a tweet. The question was simple: Should the Trump account be reinstated?

After 24 hours of voting and more than 15 million participants, the Yeah He won with 51.8% of the votes. “Vox Populi vox dei”, The voice of the people is the voice of God.Musk, who immediately reactivated the account, commented. It’s an interesting process, because we know Twitter’s new boss wants to fight bots…bots mess up ballots. Trump’s account is now visible to all Internet users, but is currently inactive. Of course, the former president of the USA praised Elon Musk and his decision, but let it be known that he will not tweet again. He has his own social network, Truth.

However, in the medium term, this decision may be questioned. Trump announced his intention to participate in the US elections in 2024. While modeled for Truth speech, it remains a small network that lacks the influence of Twitter. As a reminder, It has more than 87 million subscribers. During his presidency, each of his messages was transmitted and analyzed. It was even a terrific communication tool for mobilizing troops. Therefore, it would be surprising if Trump did not take advantage of this at one time or another. Musk also – as always – had fun in this position with a meme.

And don’t lead us to sin… pic.twitter.com/8qNOXzwXS9

As a reminder, Donald Trump was banned from Twitter and other social networks on January 8, 2021, following the Capitol Hill incident where he was accused of inciting his troops to violence. Twitter, which was suspended for 24 hours for the first time, finally decided to disable it “for life”. It is a historical fact that raises many questions in the history of the Internet and comes from all political sides. The man was still president at the time, and many cried over the censorship. Facebook and other networks quickly followed suit. How to Jailbreak iOS 5 for iPhone 4, iPhone 3GS, iPad and iPod touch Piracy: Here is the list of the most illegally downloaded Christmas movies How to Stream on Twitch from Android or iOS How to Use Philips Hue Lights with IFTTT Tutorial: Turn your Android device into a desktop computer Google Drive Backup Not Working For You? Here’s the Fix 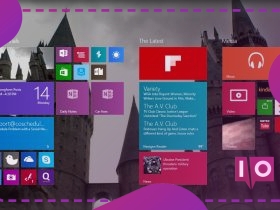 How to Set Parental Controls in Windows 8 How to Fix Frozen Mac App 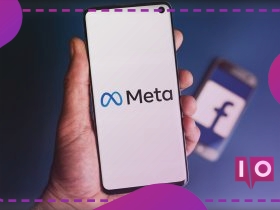